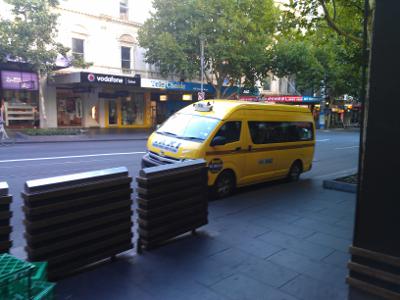 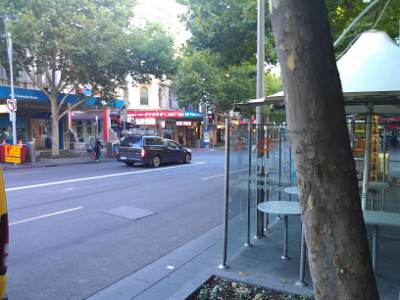 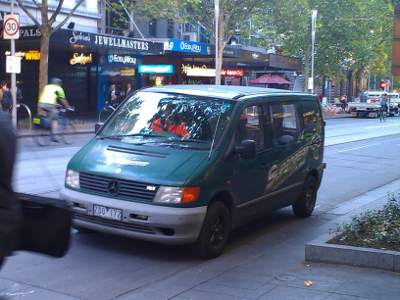 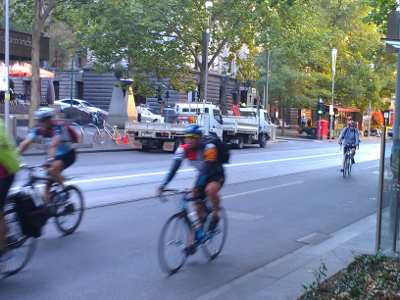 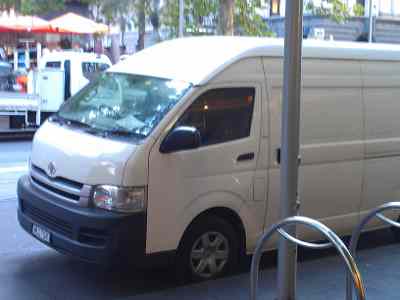 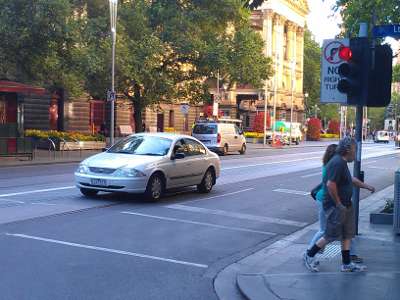 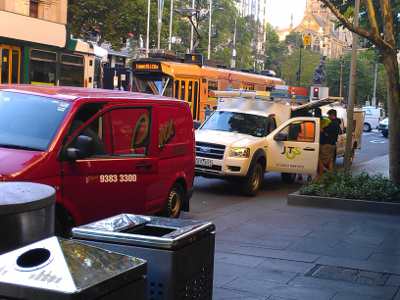 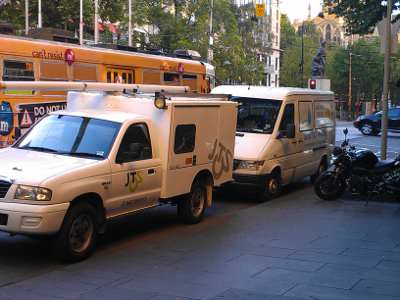 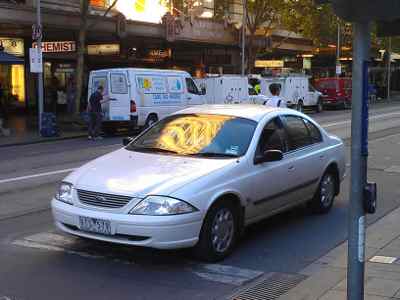 In material presented to the public by the City of Melbourne, prior to the opening of the new tram stops, the words "car-free" were used.  The actual rules are supposed to make it "car-free" for 7 hours out of 24.  These words are no longer on the Council's website, instead, in a letter to Melbourne BUG, we were told that "Although it has been closed to through traffic, Swanston Street is still a shared space for authorised vehicles, trams, cyclists and pedestrians. Authorised vehicles such as police cars, Yarra Trams vehicles and vehicles associated with roadwork's or deliveries with permits can legally park in Swanston Street at different times of the day. " MElbourne BUG is not aware of any Council motion changing the status of Swanston St from "car-free" to "shared".

The BUG has been told now on several occasions that enforcement will be stepped up. The photos on this page were taken between 8:20 and 8:25 on the morning of Wednesday 30th January 2013. None of the illegally parked vehicles had been issued with a ticket.

Melbourne BUG makes the following suggestions to improve the situation: