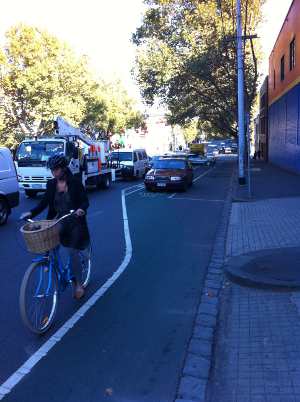 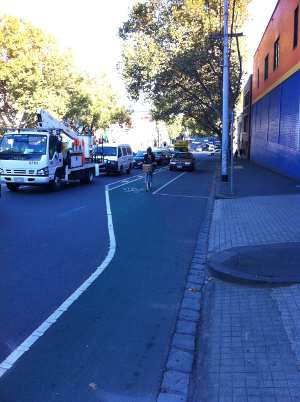 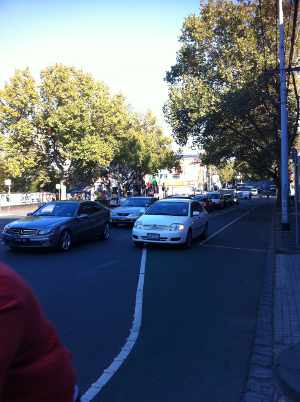 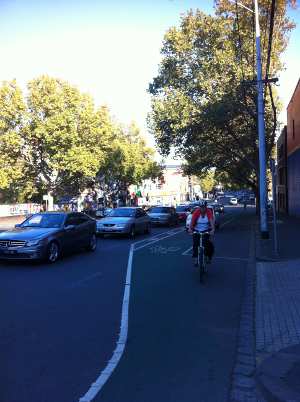 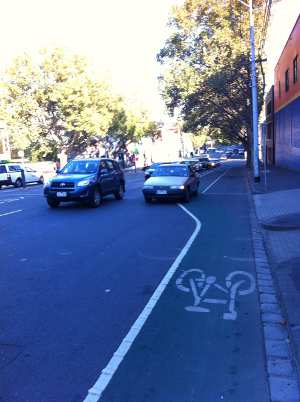 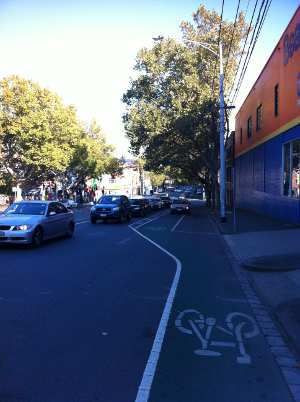 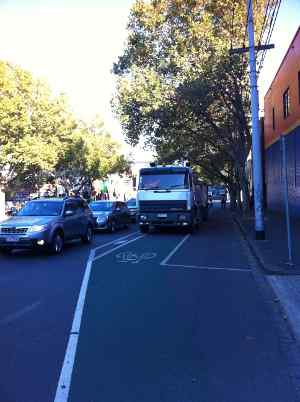 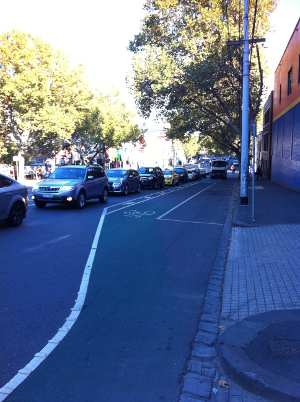 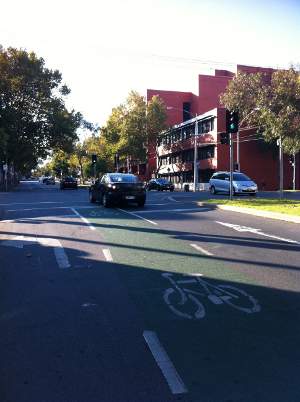 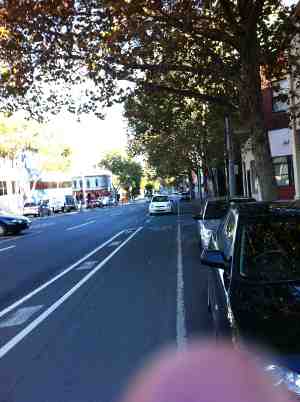 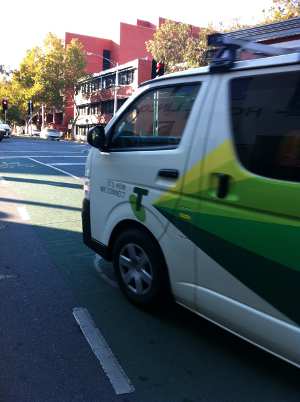 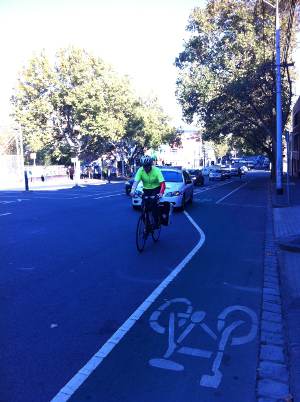 It might seem strange that the highest quality non-separated bike lanes in Melbourne are being singled out as the problem of the week, here’s why.  By non-separated we mean, only paint (& vibraline) is betweeen bikes and cars, and the bike lane is between parked cars and traffic.   This is similar to two of the proposed treatments in Latrobe Street, which Council is asking for your thoughts on right now.  The Queensberry St lanes are the best of their type – wide, and with a wide, painted buffer between bikes and traffic.

The problem with Queensberry Street is that the width of the lanes is part of their problem, they are big enough to fit a car, so some drivers use them when it suits them.  Tell Council we don’t want this type of lane in Latrobe St (or on any busy road, actually).  Melbourne BUG recommends option 2a, which will be similar to the existing lanes in Swanston Street between Victoria and Grattan Streets.