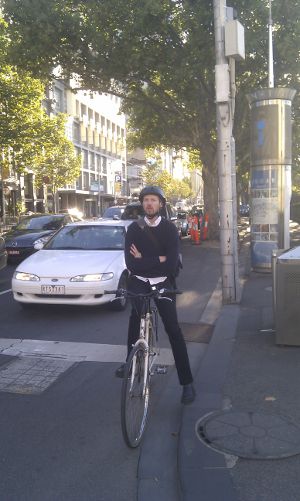 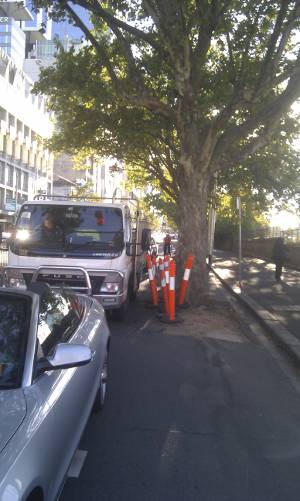 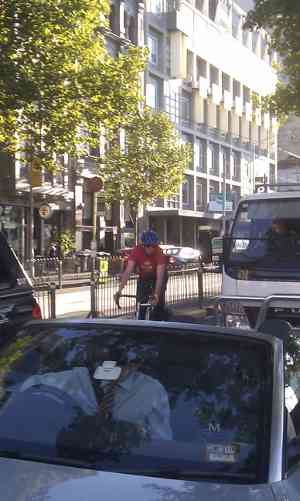 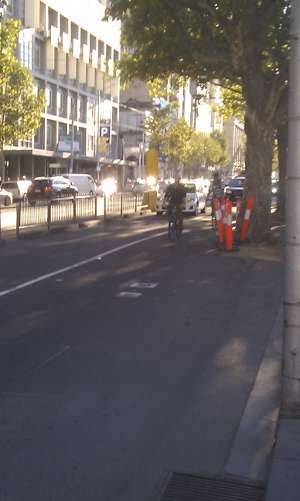 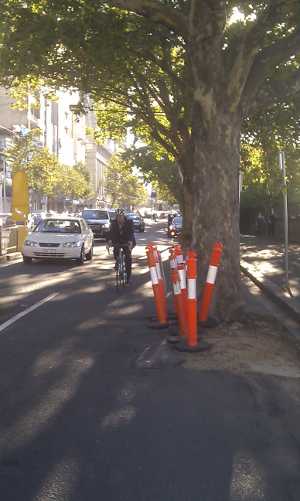 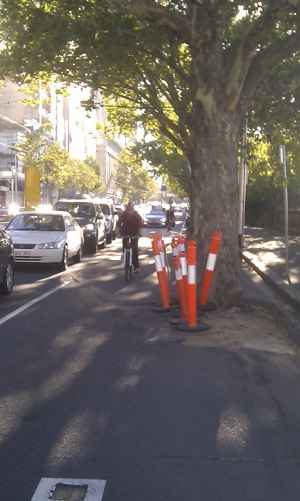 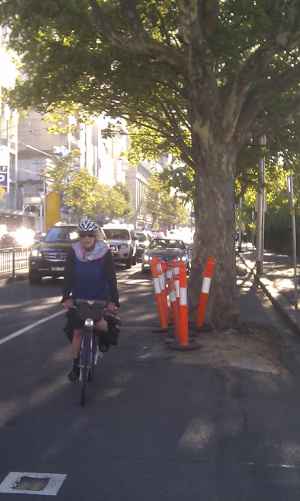 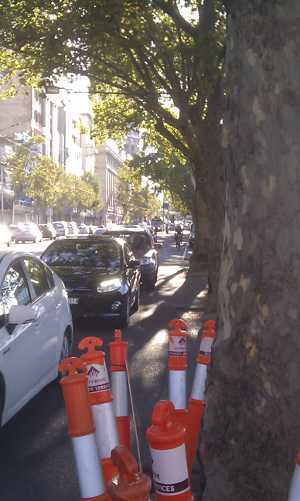 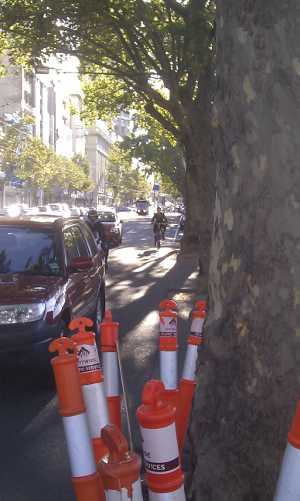 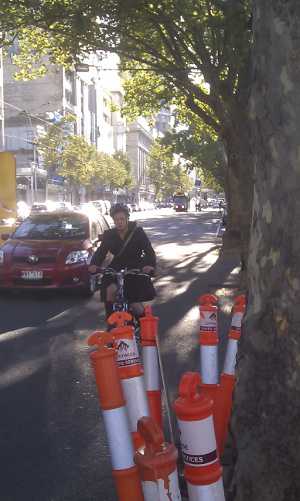 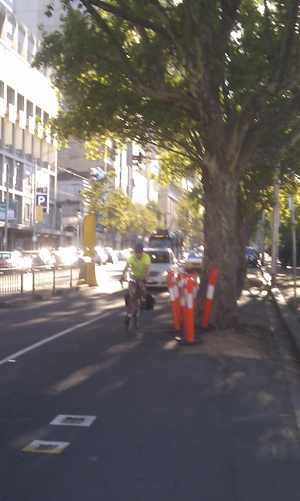 Between Russell and Exhibition the old trees have been removed and the kerb is being slightly altered.  We have seen the drawings and there will be no bike lane. This is despite Flinders Street being on the City of Melbourne’s long-term plan as a bicycle route.  Very long term plan, new trees and a new tram stop would be expected to last 40 years or more. No bicycle facilities.

Meanwhile about 8 months ago Council painted big “no cycling” signs on the southern footpath. So it’s illegal (always was) to ride on the footpath, and dangerous and uncomfortable to ride on the road.

Original report – March 28/2012
The cars that park between these trees have semi-ringbarked them over the years, crashing into them while parking. Now they are due to be replaced, getting too old and decrepit. The trees run from Spring St to Russell St on the southern side of Flinders St, forming a uniform avenue. The City of Melbourne prefers to replace a whole avenue at one time, perhaps removing healthy trees, but to retain the uniformity, creating a more pleasing visual effect as the trees grow.

Now that the trees are due to be replaced, we have the opportunity to fix this part of Vicroad’s Principle Bike Network by installing some bike lanes.  The significance of this stretch is the connections that it makes.  Melbourne’s bike network suffers many disconnects where paths don’t link to paths and lanes don’t link to lanes.  This stretch connects existing lanes and paths including:

A connection to St Kilda Rd and Swanston St is just one block further – more on how that connection will be possible when we launch our St Kilda Road Vision next week. With this connection, a safe through route would be created from the Yarra trail through to Docklands, via Swanston St and Latrobe St (new lanes are planned for Latrobe St within the next 12 months).

When the trees are replaced, the new trees can be planted in the footpath.  The car parking can be removed – it doesn’t include any vital functions like loading bays. Melbourne BUG proposes a two-way bike lane (similar to Fitzroy St St Kilda), with a 300mm kerb to keep the cars out.

Pedestrians will benefit, because at the moment the footpath here is a de facto shared path, as cyclists escape the hostile road environment.

Yarra Trams expects to install a platform stop somewhere in the block between Exhibition and Russell.  If this is installed mid-block it will make enough room at Russell St to give cars a right turn lane and a straight-ahead lane, while maintaining the two-way bike lane to the corner.

Eventually the whole of Flinders St needs bike lanes, as planned by Vicroads in the Principle Bike Network.  This is the first step but with immediate benefits.